… and are you also guilty of bloated writing?

You can thank the Victorian writer/politician Sir Edward George Earle Bulwer-Lytton, for penning the now well-worn cliché, “a dark and stormy night,” to open his 1830 novel “Paul Clifford.” The phrase has since come to symbolize overwritten, melodramatic prose — a style Victorians considered the height of fashion.

The phrase is only a fragment of the full sentence, which reads: “It was a dark and stormy night; the rain fell in torrents — except at occasional intervals, when it was checked by a violent gust of wind which swept up the streets (for it is in London that our scene lies), rattling along the housetops, and fiercely agitating the scanty flame of the lamps that struggled against the darkness.”

The opener has become so notorious that there is even an annual Bulwer-Lytton Fiction Contest to compose the first sentence to the worst of all possible novels.

If you’re a writer/editor like me, when reading an overwritten sentence like Lytton’s you may think, Wait, that’s not altogether terrible, I can work with that. Afterall, it does paint a vivid picture in the reader’s mind and isn’t that what every author wants? Yes, absolutely, but it’s just too too much (note the extra ‘too’ there.)  The challenge is not to dull descriptions down, but to make them succinct. Here’s a stab at a rewrite:

‘In the London night, rain fell in torrents interrupted by violent gusts of wind sweeping up the streets, rattling along the housetops, and whipping lamp flames as they struggled against the dark.’

Perfect?  Hardly. There’s no such thing, but it is tighter. First drafts are often filled with overwritten, bloated descriptions. As writers, we want to get it all in there, but we also need to make sure every word counts. So look at your bloated word-babies with a cold editor’s eye and be ruthless in trimming them to their core, even if it hurts a bit.

I really appreciate you and hope you find my writings both thought provoking and entertaining. If you enjoyed joining me on these journeys of the imagination, please consider supporting my efforts in return. It only takes a minute, won’t cost you a penny and is super simple. Just select one of the links below to post a review and share what you enjoyed. One click and you’re there. Easy peasy.

Thanks so very much!

If you would rather listen to a skilled actor read my novel to you, now you can. I’ve attached the audio of Chapter 1 to this post and you can listen to it by clicking the play button on the upper right. The full audio book is available on Amazon and Audible.com. It’s gotten nine reviews so far, all glowing. Free codes are available for reviewers, who should please contact me directly. Thanks!

Here’s the link on Amazon:
https://www.amazon.com/NanoMorphosis/dp/B07Q61XL6H/ref=tmm_aud_swatch_0?_encoding=UTF8&qid=&sr=

And here’s the link on Audible: https://www.audible.com/pd/NanoMorphosis-Audiobook/B07Q61Y85T?asin=B07Q61Y85T

I’m so pleased to announce that NanoMorphosis has received a Bronze Medal for 3rd place in the science fiction category of the 2019 eLit Book Awards Contest. 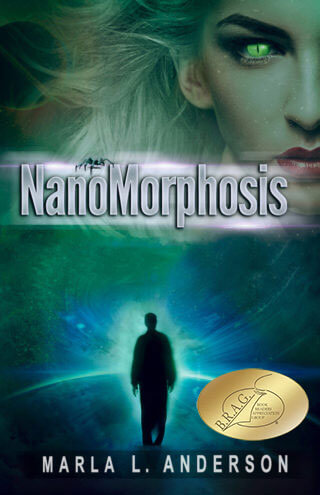 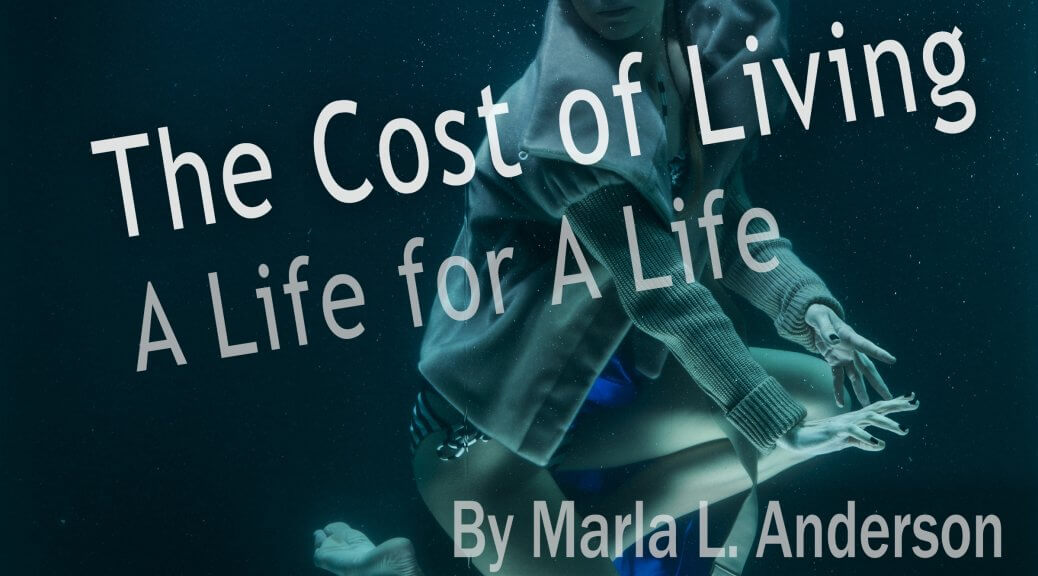 Coming to an earbud near you!

Listen to this suspenseful audiobook now. Available on Amazon and I-tunes.  For fans of The Handmaid’s Tale (and everyone else).

What? You don’t have an Audible account? Fix that here: https://adbl.co/2QM2tR3

I’m dipping my toe into new waters of the book publishing business.  Audio books have become hugely popular, especially for young adults who don’t seem to find the time to sit and read. With an audio book, one can drive, walk, run, whatever, and listen at the same time.  This audio book of The Cost of Living: A LIfe for A Life will be available soon. 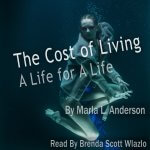 Publishers Weekly seldom reviews Indie Books, so this was a bit like winning the lottery (except for the money part). Here’s what they had to say about NanoMorphosis:

“Anderson’s debut tackles human nature through a science fiction lens. On an overcrowded 22nd-century Earth, Daniel Walker, childhood survivor of an alien attack, is determined to carry on his murdered parents’ legacy and find a habitable exoplanet. Even as he gains public support, he is undermined by Senator Bromberg, a xenophobic politician with a secret life, and sabotaged by Dr. Cadmon Dhyre, a bioengineer trying to find a cure for a nanogenetic plague. Before Daniel’s ship leaves the solar system, Dhyre’s intelligent nanobots infect the mission, developing into Carrie, a sentient shape-shifter who sparks curiosity and fear among Daniel and his crew. On their return, Dhyre attempts to finish what he started and regain control over Carrie. Anderson ably explores the worst elements of human nature—while still leaving hope for the future…”

For readers who object to big retailers crowding out the little guy, here are links to purchasing my books through a local San Diego bookstore.

The Cost of Living: A Life for A Life at Mysterious Galaxy Bookstore

I debated between giving this 3 or 4 stars on Amazon, and decided to be generous because the writing is captivating and the science is impressive. I might have given it 5 stars if not for the frequent and sudden shifts in timelines to stories with all new characters and plots with no connection made between them. The shift to a fantasy like environment with a dragon-slaying princess threw me at first and I see from other reviews here, I wasn’t alone. If you pick up this book, I encourage you not to throw it across the room when you get to this chapter and trust that the author hasn’t lost his mind. He soon pulls you back into a science-based story. 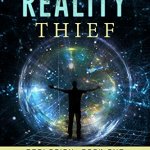 Eventually (and I do mean eventually), I started to see how the earlier timeline must have given birth to the later ones, but it was a struggle to see how they were all connected until the very end, which resulted in another issue for me … the ending felt very abrupt and unsatisfying due to so many unresolved questions–an obvious ploy to get the reader to purchase the next book. I prefer stand-alone novels, and this isn’t one of them.

What I enjoyed most in this book were the deeply philosophical discussions about God, religion and man. I definitely recommend this book for those who question authority and religious dogma. However, readers who are firmly ensconced in their faith may find this book offensive because the main character is an atheist and the religious characters are portrayed as scheming duplicitous murderers.

I also recommend this book to lovers of hard science fiction. The author bases his extrapolations on sound knowledge and at times goes in deep. Those who find the science challenging may find themselves skimming over those parts to get back to the plot.
Having said all that, I found Book 1 intriguing enough to get Book 2. So, I must give kudos to Anlee for pulling me into his world.