Hello Fellow Sci Fi Enthusiasts.  I am looking for people to read and review my book. I will provide a review copy to anyone who will commit to posting an honest review. If interested reply here.  Thanks so much!

Here is a brief description to wet your reader appetite:

Humanity is on the brink of extinction. Hope lies either in resettlement beyond our solar system, or overcoming the hostile environments within it.  Unfortunately, neither approach is working.

The search for a new earth has been stymied by the alien Garuda, who wiped out Earth’s deep space outposts. And attempts to re-engineer humans to survive hostile environments have been banned after a disfiguring manmade plague created an abhorred subclass.

Astrophysicist Daniel Walker wants to lead a mission to prove the planet his parents discovered is the hoped-for new world. Seeing them slaughtered by the Garuda when he was a child left emotional scars and the resolve to continue their work, a goal that takes precedence over all else, even his relationship with his lover and staunchest supporter, Serena Covington.

Renowned nanotechnologist, Dr. Cadmon Dhyre, is an ostracized nanogen carrier, who struggles daily against fear and prejudice. He is determined to create a new nanogen to correct the malfunctioning one inside him, and will destroy anyone who opposes him.

When Daniel gets in Cadmon’s way, he must face his deepest fears in a conflict that will redefine what it means to be human, and ultimately decide the fate of mankind. 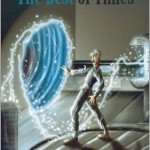 This is a collection of short stories written by members of the “S.F. Novelists Workshop” and edited by Victory Crane. My short story “A Matter of Perspective” is included in this collection. I see they’re charging ridiculous prices for copies on Amazon.  If you would like one, contact me and I’ll sell one to you for a reasonable price.  I only have a few left and when they’re gone, they’re gone. 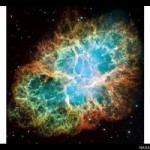 On Being An Optimist in Troubling Times…

It is said that every science fiction writer is an optimist by definition, for even if the world in that author’s imagined future is bleak or violent, the author is projecting that there will be a future to be written about.  People tend to reminisce about the good old days, seeing the past through a rosy lens–but the truth is human history is a sad violent tale. So where does optimism fit in? The reason I remain optimistic is because I see an overall pattern of increasingly higher moral standards to which we as a race are holding ourselves accountable.

When before in history have nations condemned the action of foreign governments in regard to ecological concerns and human rights within their own borders?  When have nations risen to aid one another in times of national disasters, famine and civil war? The extent of humanitarian support offered today was unheard of in the past. Generosity, previously seen only in terms of individuals and small communities, is now extended on global levels. Modern technology has made us aware of events happening over the entire globe. Before that, Northern Europeans could offer little help to starving Africans, when they had no knowledge of their plight or any way of assisting them even if the knowledge became available, but now we have instant communication and the ability to move supplies and food and medical treatment to places where such help is needed.  Yes, we have a long ways to go, but clearly humanity’s sense of community and responsibility is growing.   These things give me hope for our survival as a species.

As we transition from a small view of ourselves and our immediate surroundings to one that encompasses those of many others around the world, it’s like changing from the selfishness of childhood to responsible adulthood. Not everyone on the planet is maturing at the same rate as evidenced by civil wars, terrorism, internal strife, racial violence, and continued squabbling over land and religious beliefs. Still, it seems to me as a whole we’re making progress.

Scientific discoveries are making us more aware of our place in the universe, our vulnerability to extinction and the need to unite in a common cause, while advances in technologies are not only uniting our disparate cultures, they are holding us accountable for our actions by measuring the results. Like children, we have been egocentric beings seeing the world only as to how it relates to ourselves and taking little responsibility for whatever occurs. Adults understand that we are responsible for our own actions and that our lives and futures depend upon what we do rather than what is done for us.  We must put away our fantasies of being rescued by some higher power and take  responsibility for ourselves.

Science tells us that we are the culmination of a star-filled dance of immense proportions.  The chemistry of our flesh was created in super-nova explosions, cradled in nebulous gasses, condensed into planets, and suckled to life by time, evolution and natural selection.  We are children of the Universe in the most concrete sense.  Perhaps the well-known prayer that begins “Our Father who art in heaven” should be reworded to “Our Father who art all that is heaven.” All that has come before—the billions of years of cosmic dust swirling through the Universe in unimaginable complexity of time and space— has all come to one thing, the creation of intelligent life—which is us.   If that doesn’t make you feel special, then not much could.

Because we are self-aware, we are able to appreciate the beauty and mystery that surrounds us.  It has been argued that the universe has these qualities only because we perceive that it does. Without that perception, the universe merely exists.  It is the presence of intelligence, our own and perhaps others we have yet to encounter, which gives the universe purpose and meaning. As we study everything from quarks to quasars, each new bit of knowledge leads to more questions. We still know very little about the physical make-up of the universe and how it was created.

The very word ‘create’ implies a plan, an intentional act. So it’s not surprising that in the face of such overwhelming complexity, we turn to the belief that our existence is not some cosmic accident, but the product of intentional design by an intelligence we call God. I do not dispute that possibility. What I must dispute is the insistence that the answers to these mysteries can be found in tall tales contained in ancient texts. Must be those rosy lenses at work. Whether a grand master of our design actually exists remains an unknown.  Instead, people rely on faith—the belief in something that cannot be proven. Perhaps one day the existence of God will be proven as fact or fallacy, but until that day comes, there is only faith, which is only unsubstantiated opinion. This may anger you, but I ask you to stop and consider the possibility that you don’t really know. If we could all recognize we have more questions than answers, we might actually find peace with each other.

Mankind is experiencing an adolescence of philosophy and self-awareness, a time which promises excitement, change and spurts of growth, but it is also a dangerous time. Nothing is more tempestuous and unpredictable than one’s teenage years.  We’re speeding on the freeway, and could crash and die in some spectacular explosion unless we ease off on the curves and share the road. Assuming humanity survives its adolescence and continues to learn and grow, maturity will come of its own accord. Improved understanding of the physical world is already transforming our most basic beliefs. It is my hope that one day, we will put away our childish fantasies and take our place in the universe as rational adults.  I have to believe that we will make it, but then I’m a science fiction writer, an optimist by definition.

Technology is making advances at an incredible rate. If you were intrigued by my prior post and want more in depth info, here’s a video to take you deeper. I will warn you that it’s quite long, but it does put things in perspective. What’s discussed in this video reveals the hopes and the fears surrounding this area of science.   The dark side of nanotechnology and Artificial Intelligence is why there are so many novels being written and movies being made predicting apocalyptic futures. Think “Terminator.” 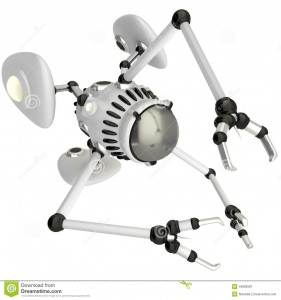 The concept of molecular machines just blows my mind and is the basis of my plot in NanoMorphosis. I came across this amusing and informative video on Youtube about recent progress in nanotechnology. Check it out, then let me know what you think.

“The trouble with Jesse all started when his girlfriend went and had a change of heart. Wouldn’t have been no big deal if Jesse hadn’t decided to keep her old one…” 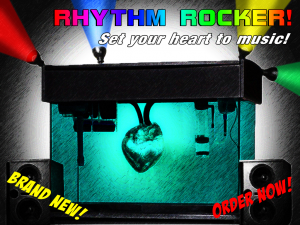 Intrigued? Below is the link to read the rest of this short story I wrote published in the Mad Scientist Journal earlier this year.  If you take time to read it, I hope you will let me know what you thought about it. Enjoy and thanks!

(Oops…There seems to be a problem with the Mad Scientist website- if you can’t get the story online, let me know and I will send you the story direct.)

Another update-it seems that Mad Scientist Journal has taken this story down from its site. (Maybe in response to my posting a link here? It was working when I did it.)  The story is part of the anthology they have for sale on Amazon, so that may be why.  I’ve added the link for the anthology at the bottom of this post.

Anyway, my offer to send out a free copy of my short story stands… but you will have to give me your email address.   Put your request in as a reply and I’ll send it right out.

Anthology for Sale on Amazon

Just setting up here… more content to follow. I will be posting some of my short stories for you to read for free. I will also record the steps I am taking to publish my science fiction novel “NanoMorphosis.”  The book is in final editing phase now, and I’m working with a professional illustrator to come with a book cover. It’s looking good so far. Just a few nitpicks to address. What a learning experience this publishing business has been. If you’re a reader or writer, I hope to entertain you. Although science fiction is a love of mine, it’s not the only one, so the topics that will appear here may vary depending on the feedback I get.  If you happen to be a Star Trek fan, and are looking for something to read, check out my 2nd Gen novels and short stories. Here’s the link: fictiongal